Get notified of new episodes! 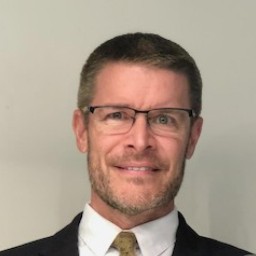 On this episode of Work-Life, host Eric Dickmann talks with E.A. Csolkovits. E.A. is an entrepreneur, business consultant, writer, and Founder of Givers University. His humble beginnings were that of the son of a milkman, and at age 16, he started his business career at a commission sales job selling janitorial services to business owners. At the age of 19, E. A. met Sam Robbins, a millionaire who took E. A. under his wing and began to mentor him. At 21, Csolkovits became the Chairman of House of Holland Jewellers, and later at the young age of 23, E.A. Csolkovits became a millionaire.

At Givers University, they teach people how to discern. Yes, they love everybody, but they teach people how to discern and separate the person they love from the deeds they don’t love. At Givers university, E.A. and his team teach people what they should look for and the people or habits that they should consider distancing themselves from in the process. Businesses are coming and going faster than ever before, and according to E.A., the only value today is the value we’ve created with great relationships. The products will fade, but the relationships you make can have a true impact on the world.

E.A. shares he endured three major defeats in his life but each ultimately lead him to greater understanding and success. One is the betrayal he received from his business partner, which inspired him to write his first book- The Giver’s Mindset. The book outlines the 25 things that TAKERS do that you should watch for and the 25 things that GIVERS do. Csolkovits further explains that according to research, 20% of the population are wired as GIVERS, who aim to contribute to whatever situation they are in, while the other 20% are TAKERS who take advantage of every circumstance. The 60% remaining, however, are called FENCERS because they can act as TAKERS or GIVERS depending on the circumstances. He also points out that people may take advantage of you when you are a giver, but the reality is, you are never diminished. You are never diminished because you are giving. What you give out will come back from another source, person, or event.

Csolkovit’s second and third defeats paved the way for his second and third books, The Giver’s Lifestyle and The Giver’s Lifelong Learning. The Giver’s Lifestyle tackles the 30 habits of GIVERS that you should try to emulate and the 30 habits of TAKERS that you should be cautious of. The third book of E.A. talks about the concept of doing a “reset.” E.A. elaborates that having a reset teaches you how to respectfully distance yourself from takers, or what we call- emotional vampires, who drain you financially, mentally, and spiritually. At Givers University, they offer a 7-question quiz called- What is Your Giver’s and Taker’s Awareness I.Q.? The assessment identifies your awareness level and recommends online courses or materials to help you learn to discern better. As E.A. shares, Givers earn more because they discern more!

E.A. Csolkovits shares that sometimes the most exciting things that happen in life are based on an unexpected moment. He was a son of a milkman who later worked as a janitor at the age of 16. One of the houses that he cleaned was owned by June Martino, who, back in the day, had the third most controlling stock in Mcdonald's. One day, E.A.approached Martino and asked her- "June, can you tell me about it? The whole Mcdonald's thing?" Martino put her arm around E.A., brought him to the kitchen, and explained the whole process from beginning to end that entire day. His conversation with Martino sparked his interest in finding a mentor to become rich and happy. A few months later, Csolkovits met his mentor, Sam Robbins, a jewelry shop owner from Detroit. At first, E.A. was hesitant to quit his job as a janitor and learn from Sam, but Sam assured him that he would teach Csolkovits about business. E.A. encourages people to “Be willing to go that extra mile because it will pay off."

There are 3 "I will" statements that EA Csolkovits hopes you to learn and say to yourself every day:

E.A. urges us to respond to our relationships instead of reacting to them. Aside from advising people and bringing value to people through his online books and courses at Givers University, E.A. is also a commercial pilot, advanced PADI-certified scuba diver, and a second-degree martial artist who owns a 1,000-acre wildlife sanctuary.

For more information about Eric Dickmann and Work-Life, visit Work-Life.

Get to know E.A. Csolkovits more on LinkedIn and Twitter.

Givers University– Your home for Wisdom, Wealth, and Wellness.

Do Your 7-Question Quiz & Get Your FREE Assessment, & Your FREE usable downloads from GIVERSuniversity.com

Quiz Title: “What Is Your GIVERS & Takers Awareness IQ?”

Go to this url to do your quiz: www.giversuniversity.info

You can do the quiz in 5 minutes or less. It’s Fast & Informative. Do Your Quiz Now and raise your GIVERS & Takers IQ.